From the blog of Sally G Cronin: 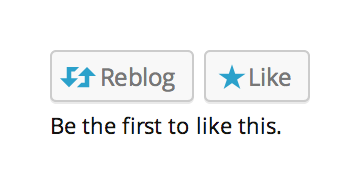 I know that whilst I was away that the reblog button has disappeared from out blogs which is a real pain..

I checked the forums and this was a response from one of the Happiness Engineers I assume.

“Hi all. Just an update. It appears this happened because we removed some deprecated code, i.e. code for a feature that no longer exists, but it seems the reblog button was also using some of that code.

Adding back the deprecated code is not an option, so our developers are working on replacing it with updated code that will allow the button to work again. We’re already testing potential fixes, so hopefully it won’t be too much longer.”

In the meantime you can share blogs who have the Press This button.. you can…

2 thoughts on “WordPress Reblog Button disappearance – cause and update…”

Fun reviews of films of all genres

open your mind to a growth mindset and new perspectives

In My Own Last Words