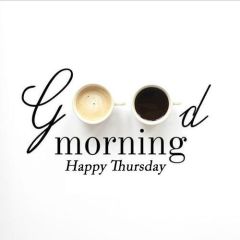 I have given this great thought and have come to the conclusion that I should write a public letter as to those thoughts, right or wrong. No doubt, many may take me to task on this open letter.

Queen Elizabeth II will be remembered as the most favored queen of all time.

I hail from the USA. I loved Princess Diana completely. We bore children at the same time. Diana was who I strove to be, elegant, kind, nurturing. Diana was hounded by the press, and she wasn’t really helped that much by the royals, in my view. However, Diana knew how to use the press to help those she was a patron of, and no one can fault her for bringing comfort to those with AIDS, the landmines, and such. When she died, I was in shock. I can only imagine what Harry and William thought and felt. Sadly, it wasn’t only the paparazzo at fault as the driver was under the influence of alcohol and never should have been behind the wheel. Seeing that he had drank alcohol, both Diana and Dodi should not have stepped into that car. I often wondered if I could have saved Diana. As a registered nurse, I thought I could have saved her, or I could have comforted her, and let her tell me precious loving words to deliver to her sons in person. Reality – having the particular injuries she had, I could not have saved her life. No one could.

Both William and Harry never should have walked in the public behind their mother’s casket. How does one cry with the loss of their mother, yet hold it together for the world to watch them? I just hand it to both of them for doing what they did that day.

The press – they are always there day in and day out, whether in the USA or the UK. It never ends. The British tabloids are the worst from what I’ve noted over the years. Kate was hounded until William stepped in and put a stop to it. Kate had topless pictures taken and steps were taken then as well. On the plus side, Kate grew up British and she knew much more in royal ways, royal everything as she slowly went that direction after meeting William. Kate has learned to use the media for the betterment of patronages. Harry – you must take the step to tell the media that private family time is just that, and zero tolerance of the press. Tell them they can take all pictures they want when in public. Teach Meghan how to turn the press into a positive thing for all. Meghan – you grew up American. Now you are also British. You have much to learn, and no amount of videos, vocal teaching, and such only goes so far. You must learn from each press event. You must learn to use the press for the betterment of others. That is a duty you signed up for. Put on a thick skin. Do it for your family and you.

Tabloids – that is just what they are. They prefer to have attention grabbing headlines that mean nothing at all, but are there for the public and to make money. Hundreds of times, it has been written where Meghan, Harry, Kate and William will spend Christmas – always reworded, always tabloid news. Meghan not standing next to the queen and Kate on the balcony… nonsense. Ignore the tabloids, you know how much room there was on the balconies, and you had a proper place. The stiff upper lip is hard to do but must be done when in public. When private, let your emotions come forth and talk with loved ones.

Meghan – the cards were stacked against you from the beginning starting with being American. Add in one divorce, and mixed blood, and some family dysfunction and Boom! One recipe for disaster. I have mixed blood and I’m good with it. Those who aren’t okay with it, I don’t need as a friend or family. Family dysfunction is the worst card of all. My family epitomizes dysfunction brilliantly. Meghan – you can’t choose your family members but you can help protect yourself from them. Do that! Get a protection order on them. They want attention with the press so do something in a legal manner to stop the nonsense once and for all, if possible. If not possible, don’t lower yourself to their level. Chin up, keep smiling, and enjoy your British family and your mother, Doria. Be natural, be yourself while maintaining royal protocol. Forget the nonsense.

Harry and Meghan – don’t let the ‘debate’ over where you spend Christmas bother you. Spend it with your mom, Doria, or with the royals, as it matters not. Remember, William and Kate spent a Christmas with the Middleton family, and they have spent the holiday with the queen. I know that the queen would welcome Doria along with the rest of the family. So you see, it matters now. The press rags just have to rehash and make bets and such for no reason.

(I reworded this piece a bit and posted new so that my grammar was correct.)

Follow When Angels Fly on WordPress.com
zoey101a
Nurses You Move Me
M.A. Quigley